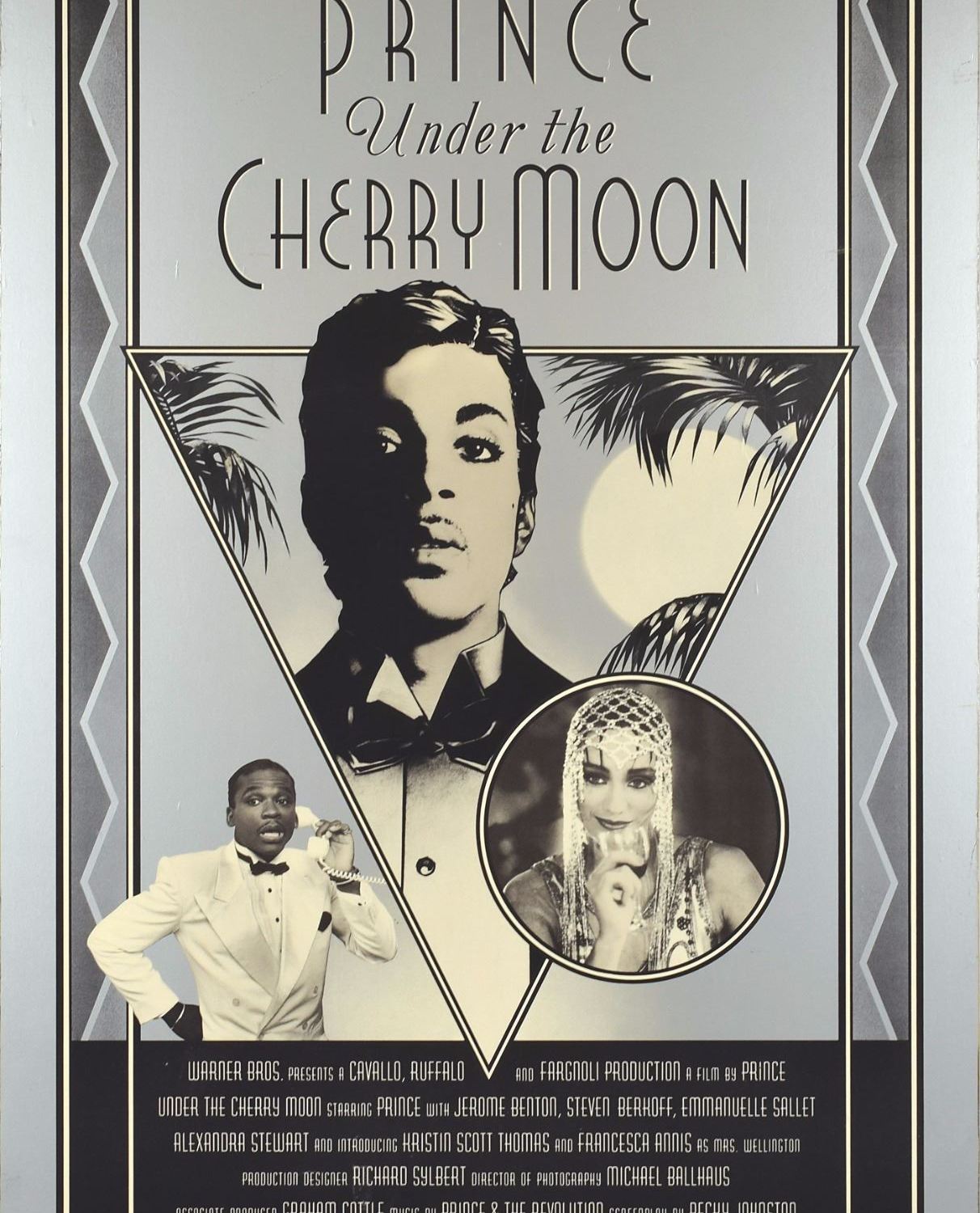 Over the weekend I watched the 1986 film, Under The Cherry Moon. I am going to keep this review brief.

The movie stars Prince, Jerome Benton, Emmanuelle Sallet, Alexandra Stewart, Steven Berkoff, and in her movie debut, Kristin Scott Thomas. It was written by Becky Johnston and directed by Prince. The film also features songs and music by Prince and the Revolution.

Even though the film is actually set in the 80s, it was made black and white, and has a strong feel as if it was actually filmed in the 30s or 40s, even though it does have stronger sexual references than a picture of that era.

Prince and Kristin Scott Thomas give strong performances as the main love interests of the film, and it’s probably Prince’s best film. 4 1/2 out of 5.